Will You Marry Me by Alabama (featuring Jann Arden) is a song from the album When It All Goes South and reached the Billboard Top Country Songs.

The official music video for Will You Marry Me premiered on YouTube on Friday the 12th of January 2001. Listen to Alabama's song above.

Will You Marry Me Lyrics

Alabama's Will You Marry Me lyrics were written by Al Anderson and Jeffrey Steele. 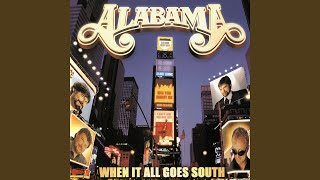