Nobody But You by Blake Shelton (featuring Gwen Stefani) is a new song from the album Fully Loaded: God's Country and reached the Billboard Top Country Songs.

The official music video for Nobody But You premiered on YouTube on Tuesday the 21st of January 2020. Listen to Blake Shelton's new song above.

Nobody But You Lyrics

Blake Shelton's Nobody But You lyrics were written by Ross Copperman, Tommy Lee James, Shane McAnally and Josh Osborne. 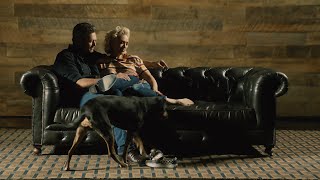