Up Down by Morgan Wallen (featuring Florida Georgia Line) is a song from the album If I Know Me and reached the Billboard Top Country Songs.

The official music video for Up Down premiered on YouTube on Friday the 20th of October 2017. Listen to Morgan Wallen's song above.

Morgan Wallen's Up Down lyrics were written by Brad Clawson, Michael Hardy and CJ Solar. 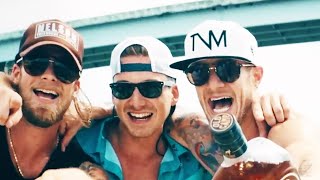 Ingrid Andress More Hearts Than Mine
in 2019
36