Legends Never Die by Orville Peck (featuring Shania Twain) is a song from the album Show Pony and was released in 2020.

The official music video for Legends Never Die premiered on YouTube on Friday the 14th of August 2020. Listen to Orville Peck's new song above. 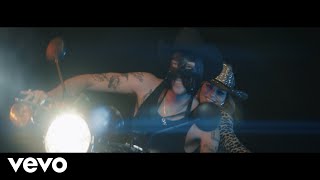 Luke Combs Without You
in 2020
new

Morgan Wallen More Than My Hometown
in 2020
new

Matt Stell Better Than That
in 2020
new

Scotty McCreery You Time
in 2020
new

Rascal Flatts Feel It In The Morning
in 2020
new

Brett Eldredge When The Party's Over (Live)
in 2020
new
New Country Songs
Stay updated with our new videos: